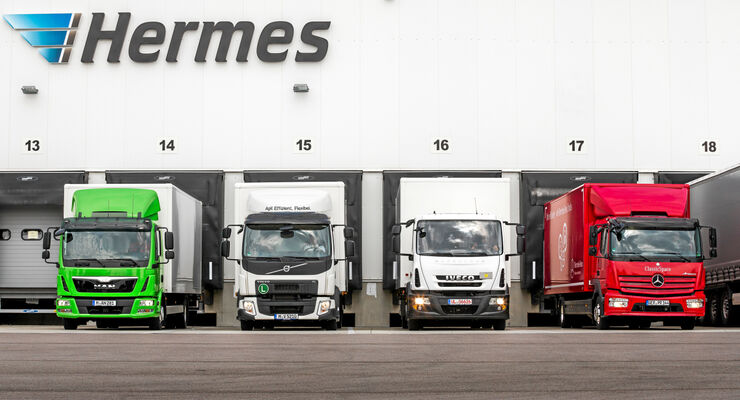 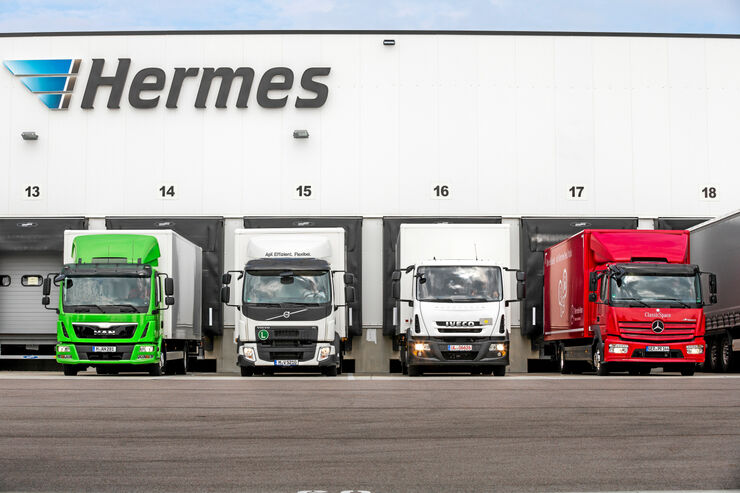 Radical change is coming to the segment of twelve-ton trucks. A toll for trucks heavier than 7.5 tons will be charged in Germany from October. However, this will not necessarily decrease the importance of medium-class distribution trucks. We have tested the most important models.

Trucks with a permitted gross vehicle weight of up to twelve tons have elegantly circumvented the German truck toll on highways for ten years, earning them the moniker of &quot;toll killers.&quot; This will change in October, when the toll will be due for trucks weighing 7.5 tons or more. Will this spell doom for an entire vehicle class? Not necessarily, because unlike the current 7.5-ton models, the toll killers can offer good payload-to-vehicle-weight ratios of one to one across the board. With largely identical engine outputs from 180 to 220 hp, the 7.5-ton vehicles can carry little more than two tons of freight—which often makes them an inadequate substitute for the twelve-ton trucks. After all, a toll is payable for truck-and-trailer combinations anyway. The twelve-ton trucks will therefore survive.

Setting aside the toll-related weight limit, they can, depending on the design of the base vehicle, operate solo as 15-ton trucks or as road trains with a gross vehicle weight of up to 26 tons. These lightweight transport vehicles below the traditional 18-ton solo vehicles are justified not only by virtue of the much lower purchase price. In many cases, trucks in the 12-ton class are much more maneuverable and more economical to operate on municipal distribution routes than are full-size 18-ton trucks. Particularly in view of the great increase in small-scale freight volumes resulting from the online mail-order business, there is no need to worry about the future of this vehicle class. Greater change is probably in store for the new toll killers: The only solution to today&apos;s meager payload capacities is new 7.5 ton vehicles.

Heavy vans closing the gap from below

Heavy vans are on the rise from below—Iveco recently led the way with its Daily, which is now also available in a 7.2-ton version with up to 205 hp. The six European truck manufacturers (Scania is outside this weight class) are entering the comparison with thoroughly updated vehicles. DAF completely revamped the LF 55, Iveco is relying on the proven but constantly refreshed Eurocargo, and MAN&apos;s solid TGL is hard on the heels of the market-leading Mercedes Atego. Volvo and its sister company, Renault Trucks, are also putting the renewed Euro 6 series FL and D up for comparison. DAF and Renault didn&apos;t want to be compared in the twelve-ton class, however. Too bad, considering that both companies proudly presented their new models at numerous trade shows last year. In fact, all manufacturers should have been more open to comparison tests. They rejected consumption measurements in advance, even though all vehicles except for the Iveco are roughly comparable in design.