Volkswagen New Crafter under own direction 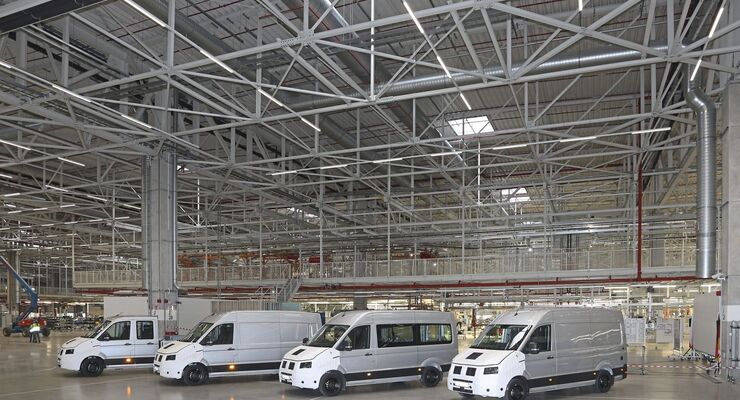 At the International Commercial Vehicle Trade Fair IAA the truck manufacturer VW presents the successor of the Crafter.

Since it has become known that truck manufacturer VW does no longer have the Crafter produced under the direction of Mercedes, the successor of the van is expected with great anticipation. Let us hope for the VW group that the exhaust gas scandal and the dispute with their suppliers will not steal the show of the new sprinter’s competitor. According to announcements, the new Crafter is worth a visit at the VW booth: car-similar handling with a vehicle in same tonnage category, never known comfort and an equipment with driver’s assistant systems, that leaves nothing to be wished for. All the same the manufacturer also intends to make intensive efforts for developing alternative drive systems. In different varieties: Probably there will be an electric model of the new Crafter, as well as of the transporter T6.

VW continues to have the focus on drive systems with natural gas. Since the beginning of the year the caddy TGI Blue-Motion is running with this fuel in combination with a dual clutch transmission. According to VW Nutzfahrzeuge the calculated reach is 630 kilometres, the model Maxi reaches 860 kilometres. In the future the Caddy TGI will be followed by the new Crafter and possibly by the van. The Caddy Alltrack has already been on the Market with 4-wheel-drive in offroad design. The new Amarok will be presented at the IAA with a slight facelift, a V6-Diesel in Euro-6-standard and a 3 litre cubic capacity. The basic version with 163 hp will be on the market in spring. Starting 2016, models with 204 and 224 hp will then be available.