MAN The new TGE introduces itself 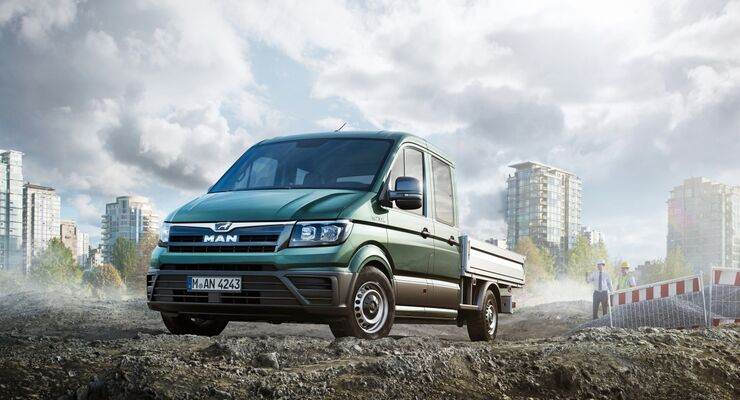 At MAN’s booth (hall 12, booth B14) the identically designed brother of the VW Crafter will be displayed. According to MAN’s nomenclature the van will be called TGE. The key parametres are set up identically to VW: a 2-litre-TDI with 102, 122, 140 and 177 hp. The TGE will be available in different versions: as a van, a wagon and as a chassis with single or crew cab. You can choose between front, rear or all-wheel drive with manual six-speed gearbox or an automatic transmission with eight gears.

MAN and VW regard major customers in logistics, in building trade and in Public Transport as their target groups. Sales launch will be in March 2017, the production will start one month later.