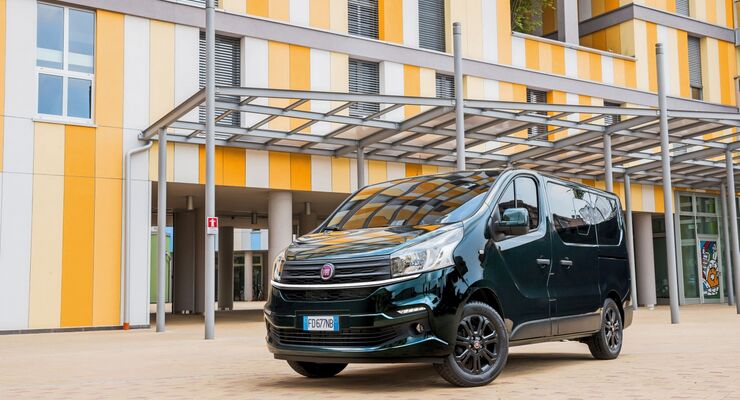 Fiat (hall 16, booth A23) put a lot of effort into its cargo van lineup. A common feature is the criteria "without SCR catalytic converter", which excludes selective catalytic reduction (SCR) for exhaust gas cleansing starting with the Fiorino, Fiat's small delivery van. The exterior of the urban delivery van is primarily marked by a new front bumper and high headlights. Responsible for propulsion are a Euro 6 engine with 1.3 liter cylinder capacity and 80 hp, respectively 95 hp, as well as a 1.4 liter gasoline engine with 77 hp. A bivalent "Natural Power" engine with 1.4 liter cylinder capacity and 70 hp is added, which runs on either gasoline or natural gas.

From now on, the entirely new model Fiat Talento will have its platform not only in common with the Renault Trafic. Sharing major components with the Opel Vivaro and – starting at the end of year – the Nissan NV300, the Talento will bring the number of models with the same underbody and suspensions up to four. The most important reference values are: Up to 8.6 cubic meters of loading volume, up to 3.5 meters wheelbase, and a total length of 5.40 meters. With its length, the Talento exceeds the shortest Ducato by up to 40 centimeters. With a permitted total weight between 2,800 and 3,060 kilograms, the Fiat Talento allows for a maximum loading capacity of 1,249 kilograms.

Four different Motorizations to choose from

With its midsize pickup truck Fullback, Fiat aims at the Ford Ranger and the VW Amarok and is identical in construction to the Mitsubishi L200. The Italian offshoot is available as a single cabin (extended cab), a double cabin with two rows of seats and 5-passenger-seating (double cab) as well as a chassis. The loading area varies in length from model to model between 1.52 meters (double cab) and 1.85 meters (extended cab). The Fullback is able to handle approximately one ton of loading capacity and can haul an additional 3.1 tons. Fiat also takes on the four-cylinder turbo diesel from the L200. Its standard version reaches 154 hp and 380 newton meters; the more powerful option attains 181 hp and 430 newton meters. Via six manually operated gears, the driver controls the pickup truck's output.